In the large family of supposedly aphrodisiacal foods (chocolate, oysters, honey, chili…) not all of them have scientifically proven effects. Here are some that have been tested in clinical studies. Be careful, some of them may have adverse effects or interact with drug treatments. Make sure you ask your doctor or pharmacist for advice before you start taking them.

Read Also: Obese Men with Hypogonadism Could Lose Weight and Keep It off with Testosterone Injections

Tribulus Terrestris is a plant of traditional medicine in India and China. It is used to improve athletic performance, but also for infertility and libido problems. A study showed that 88% of women were more satisfied with sexual problems after taking 250 mg of Tribulus daily for 90 days.

In another study, researchers administered 7.5 mg Tribulus Terrestris to women with sexual problems. After four weeks, according to the results of a questionnaire (FSFI: Female Sexual Function Index), they had improved their scores in several areas: desire, arousal, lubrication, sexual satisfaction. Tribulus thus appears to be an aphrodisiac in women.

Saffron is a spice that is famous for its exorbitant price. Obtained from the flower of Crocus sativus, a plant native to Asia, saffron is said to be a natural remedy for depression. It is also popular for its aphrodisiac properties, but even more so for people taking antidepressants.

Maca is a plant from the Brassicaceae family, similar to cabbage, which grows in the mountains of central Peru between 13,000 and 15,000 feet above sea level. It is nicknamed “Peruvian Viagra” and is used as an aphrodisiac. Several studies have shown an improvement in sexual desire through the consumption of Maca. The plant also increases the number and motility of sperm.

Fenugreek is a plant that is cultivated mainly in India and Egypt. It is often consumed for medicinal purposes because of its antibacterial, anti-diabetic, or anticancer properties. Young mothers are also familiar with fenugreek because it promotes lactation. The herbaceous plant contains several active compounds: alkaloids, flavonoids, steroids, and saponins, including diosgenin. This saponin is a molecule used for the synthesis of sex hormones.

Read Also: How Are Doctors Treating Low Libido in Women?

In a small study of 60 men suffering from erectile dysfunction, some took a daily dose of 600 mg of fenugreek extract for six weeks, while others took a placebo. Those who took fenugreek experienced better sexual arousal and more orgasms. Similarly, in women with low libido, 600 mg daily increased desire and arousal after eight weeks compared to a placebo group. Fenugreek is well-tolerated but may interact with some medications.

These two plants are often combined as supplements. In traditional Chinese medicine, ginkgo is known to combat depression and libido problems. However, studies sometimes give mixed results regarding its aphrodisiac effects. One small study showed that it limits the libido loss associated with antidepressants, especially in women.

Read Also: Reasons a Woman May Avoid Sex and How to Treat It

Studies on ginseng are also sometimes of poor quality. Studies showed that ginseng was twice as effective as a placebo in improving male erectile function. A small study of postmenopausal women found that it improved arousal. Ginseng and ginkgo may interfere with the medication. Side effects are possible.

What is Male Enhancement and Is It a Scam?

HGH Supplements Like Genf20 Plus, Somatropinne, and Hypergh 14x May Get Athletes Banned

VigRX Plus: Counterfeits are in The Market Warns Leading Edge Health 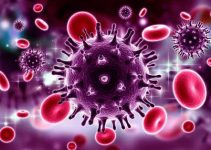