Short stature results from conditions that impair normal growth and development of the bone. Regardless of the cause, short stature comes with grave consequences other than the limitations in physical features. The presence of psychological issues in people suffering from short stature is a well-known fact. According to researchers, they perceive social circumstances from a different state of mind than other people as their physical limitations establish deep-rooted insecurities, inferiority complexes, and distrust.

Study On The Psychological Impact Of Short Stature

The study examined the psychological effects of a virtually shortened stature in people with average height when surrounded by a virtual environment that resembled reality. The main goal of the researchers was to examine the presence of feelings of inadequacy, insecurity, or a sense of weakness.

The scientists have correlated low self-esteem with paranoia in people with short stature as tall stature is related to success in career, relationship, and social standing. Researchers noted the similarity in behavior between reality and simulation by conducting a separate experiment.

For this experiment, 60 women were selected by the researchers who were deemed to have cautious or anxious tendencies. These women were then placed in a virtual reality environment that resembled an underground train station. The experiment was conducted twice, in which one experiment resembled the other in all manners except the height of the participants.

All participants went through the experiment twice, the first experiment was conducted with their normal real height and in the second experiment their height was virtually reduced by 25 centimeters. The experiment revealed a mixed reaction between the participants, with some participants not noticing the difference in their stature while many were found to develop a negative outlook towards their shortened heights. The participants that reported feelings of a negative nature complained of anxiety, low self-esteem, inadequacy, and overall inferiority.

Mr. Freeman said that, this research “… provides a key insight into paranoia, showing that people’s excessive mistrust of others directly builds upon their negative feelings about themselves,”

2003 Research on The Impact of Height on Quality Of Life

This study had been conducted on a large scale including participants with a variable range of heights which confirms the credibility of this study. In addition to poor quality of life, short stature was found to be perceived by the participants as a sign of a poor health status increasing the inadequacy of the people with a lower than average height.

Significance of the Study Findings

The most important clinical application of these findings is its potential in assisting in the development of a guide that enables better understanding and psychological treatment of short stature patients suffering from feelings of inadequacy, anxiety, depression, and paranoia. Cognitive-behavioral therapy that targets the confidence level of the patients could be a good approach towards these patients suffering from paranoia as a consequence of their untreatable short stature.

Read Also: Growing Taller as an Adult: Is It Possible?

Passengers cut down to size on virtual tube ride 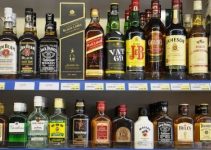 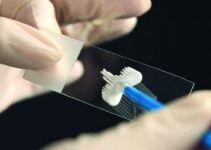