High consumption of alcohol for a long period of time can result in cognitive deficits and even dementia. A new study postulates iron deposits in the brain as the main constituent behind alcohol-related dementia. 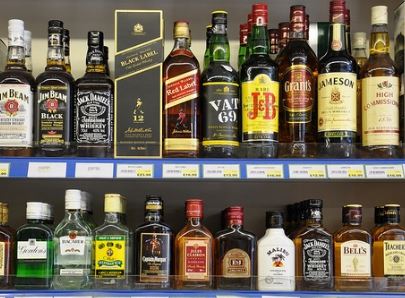 Alcohol use disorder(AUD) is defined by National Institute on Alcohol Abuse and Alcoholism as, ‘chronic relapsing brain disorder characterized by an impaired ability to stop or control alcohol use despite adverse social, occupational, or health consequences’. In 2018, approximately 14.4 million adults (ages 18 or over) were affected by AUD in the US alone. In Austria, around 5% of the population is affected by alcoholism from the age of 15 years. AUD is a very common yet serious problem faced by the healthcare community.

Chronic, high consumption of alcohol can result in many ill-effects, mainly on the liver and brain. AUD can result in alcohol-related liver disease and alcohol-related dementia, both of which can severely affect the life and health quality of an individual. Alcohol use initially alters the memory process and the ability to concentrate. However, over time these alterations result in cognitive deficits that can progress into full-blown dementia.

The exact mechanism for the development of AUD associated dementia is not known. But it is known that vitamin B1 or thiamine deficiency plays a very important neurotoxic role. It is also known that AUD results in brain atrophy, especially of the hippocampus and cerebellar vermis, and an increase in cerebrospinal fluid (CSF).

Many pieces of research hypothesize that alcohol use directly causes neuroinflammation and results in neurocognitive deficits. However, many studies prove that AUD can indirectly affect brain function, especially through alcohol-associated liver damage which puts oxidative stress on the brain via the brain-liver axis.

Findings of the new study

The researchers hypothesized that long-term alcohol abuse resulted in Brain Iron Overload (BIO) and the presence of Vitamin B1 deficiency at the same time exacerbated the condition. Since thiamine deficiency is associated with increased permeability of the blood-brain-barrier, the concomitant presence of it with excess iron allows for easier iron deposits into the brain.

It is already known that high amounts of iron in the cell are associated with oxidative stress and consequently, necrosis. Furthermore, high levels of iron are known for causing neural damage in other neurodegenerative diseases like Alzheimer’s. Hence proving Listabarth’s hypothesis.

Read Also: Drinking Alcohol is Never Safe During Pregnancy According To Study

Listabarth and his team recommended the use of thiamine administration to prevent BIO and in turn, alcohol-associated dementia. Since thiamine administration treats the altered blood-brain barrier, researchers found that this significantly reduces iron passage from blood to the brain, hence reducing the iron deposits in the brain. Furthermore, they recommend the use of iron-chelating drugs like those used in other neurodegenerative diseases as a method of treatment for alcohol-related dementia.

The team of researchers is currently working on a prospective clinical study to prove their hypothesis, linking thiamine deficiency, excess iron, and alcohol-associated dementia together.

Does thiamine protect the brain from iron overload and alcohol‐related dementia?

How Alcohol Consumption Causes You to Age Faster 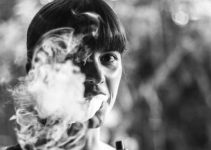 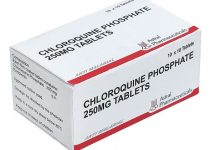